The first miniseries I review and it’s about one the most depressing and infuriating things ever, Japanese War Crimes. This (not the crimes, the reason I am reviewing this thing) started because we were studying History of War in Cultural History at school, which meant we got to see depressing stuff and hear depressing stuff and read depressing stuff for the test and the projects we did (I did a presentation on War in Movies, shocker!). I did the test, but my curiosity was raised while studying it and because YouTube has good documentaries I watched some and then I remembered this was on Netflix so I decided to watch it again, this time reviewing it as well.

The International Tribunal for the Far East in terms of Japanese War Crimes during World War II begin in 1946. 11 judges from around the world; Australia, Canada, China, France, British India, the Netherlands, New Zealand, the Philippines, the Soviet Union, the United Kingdom and the United States are to be the ones to lay the law on the Japanese military leaders and political leaders and what they did in Asia in their path to conquer. The trials go on, alliances change and the world awaits the judgement which will set a precedent for crimes of war and their punishments according to International Law in the Pacific, in parallel to the Nuremberg Trials held at the same time.

Now fist off, I am not a historian (yet) and so cannot say what is and what isn’t true in this or if some details were condensed, added or taken away. Wikipedia and YouTube are your helpers to understand if you want to learn further. But they say that this is based not true events and how things are presented I’d say this is staying close to true events and details of the case.

This is a courtroom drama, but on an international scale. Yes, its mostly talking around a table, debating and looking at papers, but we are shown these judges as people, with their own motives (alike to their country’s or not) and how WWII affected them as well. As different judges form in to cliques, some start thinking away from the collective and some leave and are replaced this whole miniseries is like a deck of cards, trying to see what the hand will show next.

All judges are shown prominently, each having their day in the sun, but those with more attention drawn to them are Marcel Hensema as Professor Bert V. A. Röling (Netherlands) and Irrfan Khan as Radhabinod Pal (British India). Röling has his story with a German pianist and Pal has his place as the voice of the opposition who thinks all men should be set free (according to law).

There are great actors here from all over the globe and the way they present complicated philosophy and law makes it seem so easy and its easy to follow because of it. Considering there is a lot of talking in this it is good that the actors are so talented because otherwise it would not be so interesting.

The views are well balanced, but it should be told that this miniseries was a collaboration between NHK (Japanese broadcasting company) and Netflix. So the fact that Pal and Röling and their views on Japan are more prominent is clear, since Japan, though has apologised for its crimes (somewhat and only some of them) its government and history books still have a biased view of history (a thing every country is guilty of, but should not be) that shows on their textbooks and it even has its own Wikipedia page. 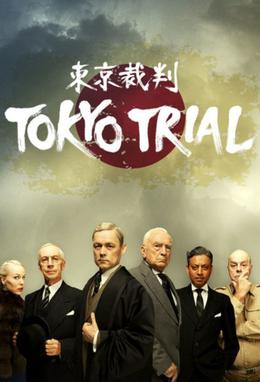 Thank you for reading!

View all posts by Kirre Ranin